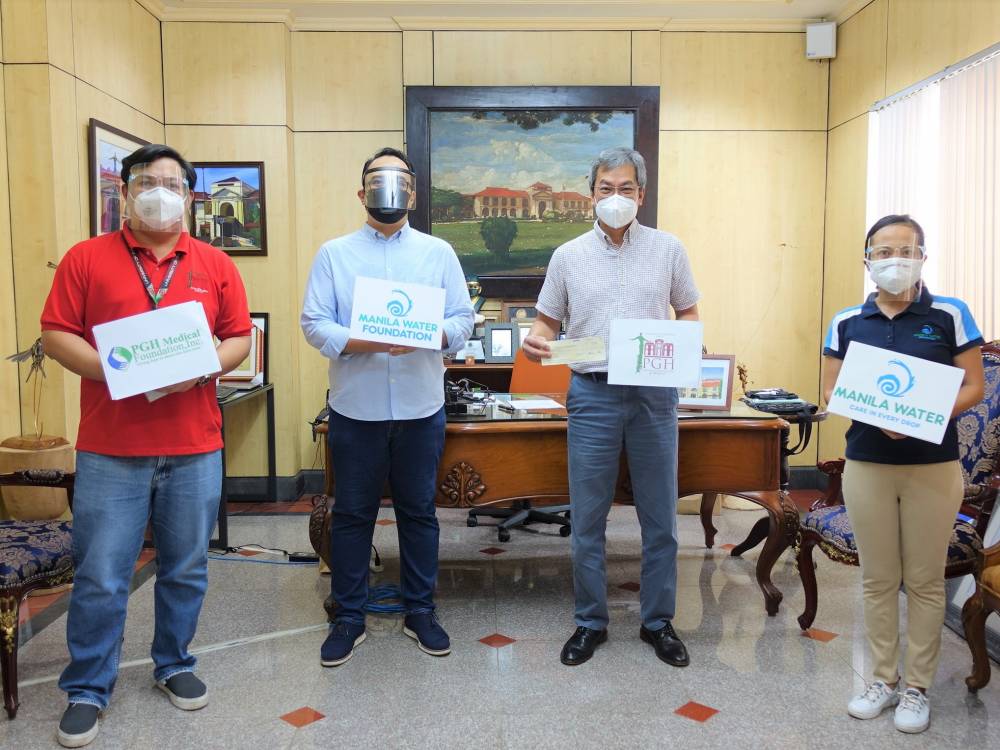 PGH Director Dr. Gerardo “Gap” Legaspi expressed his gratitude for the donation and shared that this would help rehabilitate PGH’s children’s ward and improve their fire alarm and detection system. “I'd like to thank MWF through the efforts of Mr. Cesar Buenaventura for this very timely support that you’re giving PGH, which has not only been devastated by COVID, but by a recent fire that occurred on May 16 of this year,” he said. “This [donation] of Manila Water [Foundation] will help us go the right direction, which is towards the improvement of the fire detection and alarm system,” he added.

PGH Medical Foundation Administrative Officer Victor Zoleta also extended his thanks for the donation. “That P5 million will definitely go a long way in rehabilitating the [pediatric ward]. Thank you so much for the quick response,” he said. He further appealed to the public for in-kind, cash, or food donations to help indigent patients and support their healthcare workers.

Last May, the Bureau of Fire Protection (BFP) reported that the fire broke out on the third floor of the PGH and lasted for almost five hours. Manila Water Foundation then responded to the fire incident and deployed a total of 600 liters of purified drinking water to the PGH Ortoll Reproductive Center. At that time, reports said there were no casualties during the incident but newborn babies and other pediatric patients who occupied the central block of PGH were evacuated to nearby hospitals.

The initiative is under MWF’s Agapay program that aims to help communities in times of disasters and emergencies.

A partnership for water access, sanitation and hygiene (WASH)

Aside from the P5 million donation, PGH will soon be a #SAFEWASH in Communities project partner of P&G Safeguard Philippines and MWF, wherein three sets of multi-faucet hand hygiene facilities will be constructed within strategic areas of the hospital. This is to help enable patients and healthcare workers to practice the life-saving habit of proper handwashing. The availability of these facilities will remind and encourage people wash their hands, thus helping prevent the spread of communicable diseases.