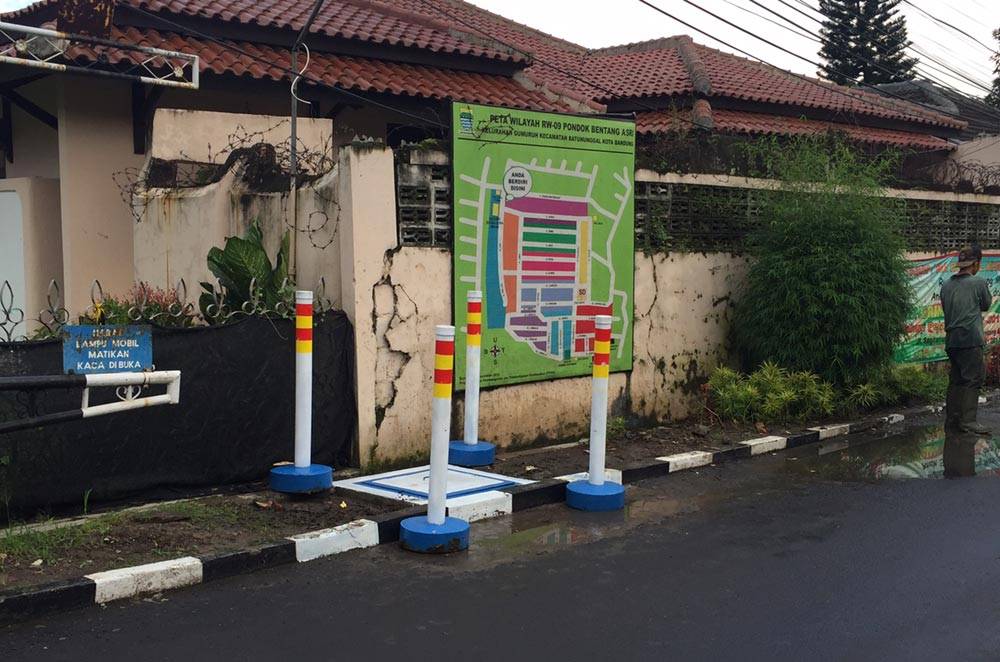 The City of Bandung is the capital of Indonesia’s West Java province. Photo shows the pilot DMA location in RW 9, Kelurahan Gumuruh, where chambering works were done to measure water supply inflow.

The demo project is a partnership between MWAP and Perusahaan Daerah Air Minum (PDAM) Tirtawening Kota Bandung, the regional water utility company owned by the Bandung City government. MWAP aims to share knowledge and expertise in an effort to reduce the level of water leakage in Bandung.

Learning from the success of Manila Water in reducing its NRW from 63 to 11 percent in the East Zone, the company will apply two strategies to address system losses – the implementation of appropriate technical solutions, as well as public education to encourage the community to participate in reporting leaks.

In November 2015, a Memorandum of Understanding was signed by MWAP President Virgilio C. Rivera, Jr. and Bandung City Mayor Ridwan Kamil. The execution of the MOU is in line with Manila Water’s strategic objective to pursue expansion projects and investments outside of the East Zone concession area. The Bandung demo project may pave the way for the implementation of other projects for the development of water services in the city in accordance with Indonesian laws and regulations.