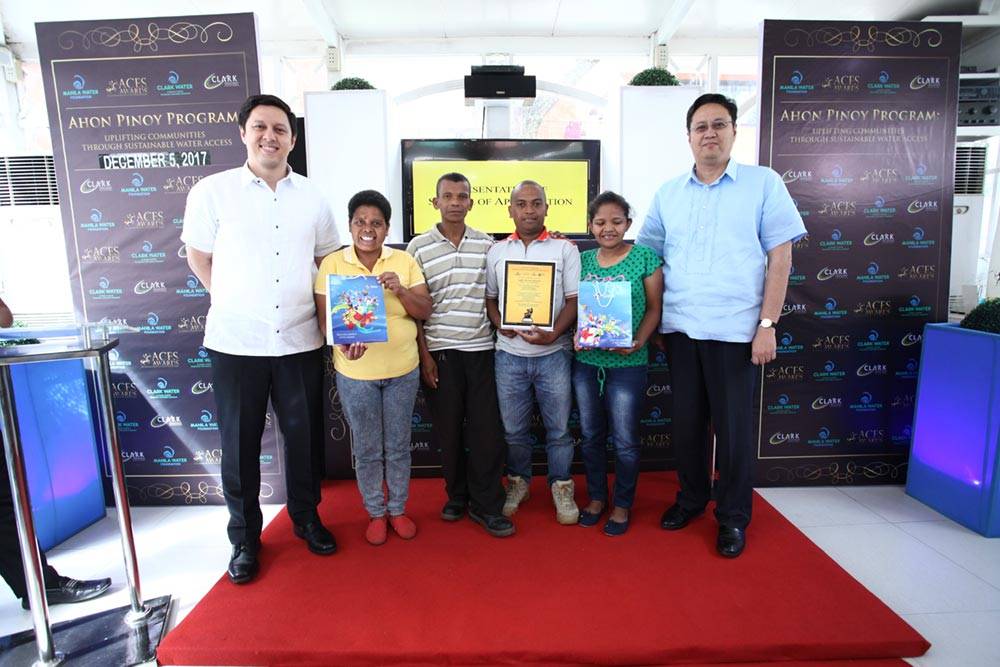 CWC GM Boogz Baffrey and CDC President Noel Manankil present the symbol of appreciation to Sitio Monicayo Water Group President Willie De Vera for the community’s valuable support and contribution to the successful implementation of the Ahon Pinoy program. Baffrey and Manankil also handed over two mobile phones donated by CWC and MWF to assist the water group in the administration and operation of Sitio Monicayo’s water system.

Clark Water Corporation (CWC) recently led a recognition program to celebrate its award as one of the ‘Top Community Care Companies in Asia’ in the Asia Corporate Excellence and Sustainability (ACES) Awards for the project, “Ahon Pinoy in Sitio Monicayo: Uplifting Communities through Sustainable Water Access.” The award is given to companies who have implemented long-term sustainability programs that ultimately enriched the lives of communities while adhering to the mission and core business of the organization.  Clark Water was one of the handful of awardees out of the 193 entries received from 12 countries.

In the same event, CWC acknowledged the role and contribution of partners from Manila Water Foundation (MWF), Clark Development Corporation (CDC), and beneficiaries from Sitio Monicayo community in the successful implementation of the project.

The Ahon Pinoy project took centerstage as it showcased a scalable and replicable water provision project that has uplifted the lives of the 157 and growing Aeta families in the community of Sitio Monicayo. Coupled with the spirit of communal unity amongst the elected water group members who are tasked to safeguard the water facility, the project has been so far successful in its thrust to provide potable water to the community.

Shanggari B., CEO of MORS Group, organizer of the ACES Awards, stressed that “sustainable business is not just about what is done, but how it gets done as companies strive to balance the triple bottom line of people, planet and profit to achieve long-term success and viability.” 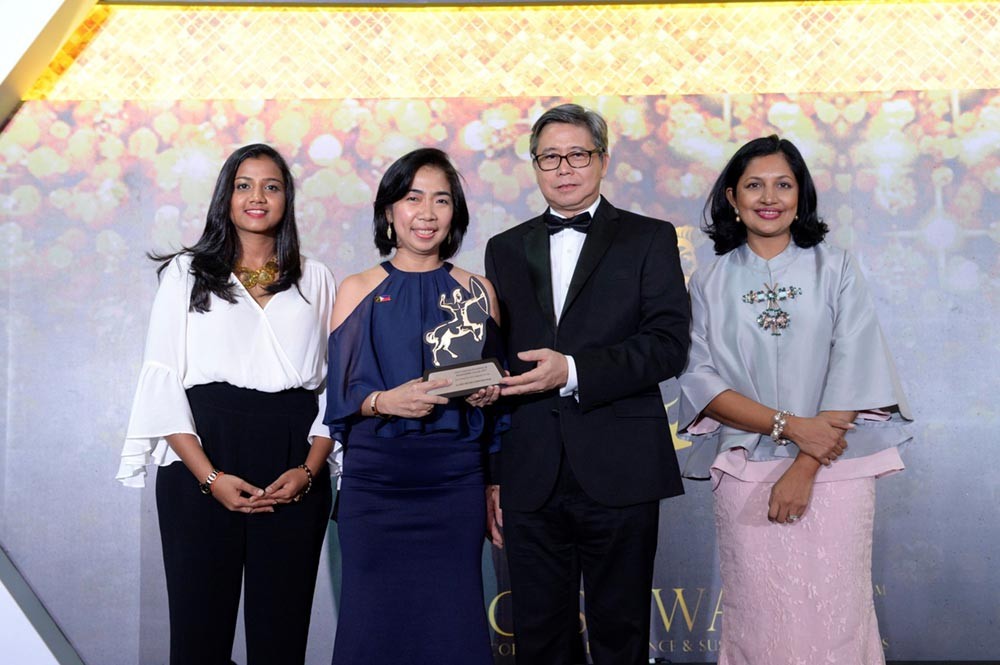 “Winning this award reminds us of how blessed we are to have the opportunity to deeply impact our fellow Filipinos through our work, and through synergy with our partners such as CDC, NCIP, and MWF,” shared Robert ‘Boogz’ Baffrey, General Manager of CWC.

CDC President Noel Manankil who was present during the event congratulated CWC, MWF, the CDC’s Corporate Social Responsibility team, and the National Commission on Indigenous Peoples (NCIP) for the award-winning program. “This is one example where the private sector with government and the community can come together and be relevant. It is one partnership that can be the model in the implementation of sustainability projects in Clark,” Manankil said.

Aside from the Ahon Pinoy Program, CWC has consistently implemented various sustainability initiatives that signify its adherence to the triple bottomline approach, housed under its umbrella program called “OPLAN C.A.R.E.” Broken into Clean-up, Aid giving, Rehabilitation, and Education, these are part of the company’s efforts to make a difference through environmental protection, provision of water to disaster-stricken communities, and local information drive.

The ACES gala night and awards ceremony, held at the Hotel InterContinental in Singapore on October 26, was organized by the MORS Group, which champions leadership and sustainability excellence in companies across Asia.