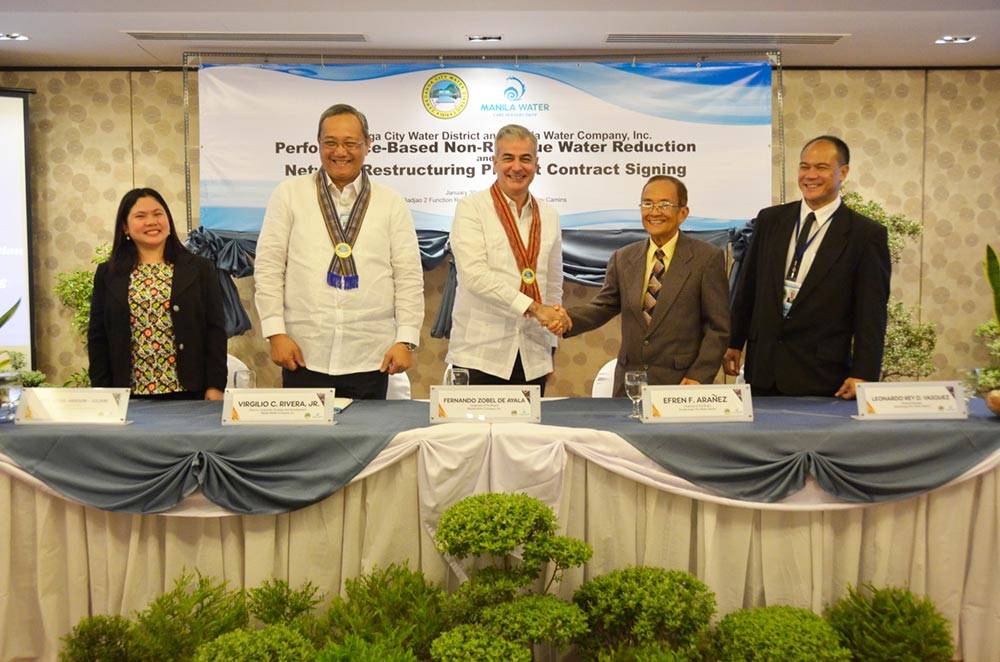 Manila Water and the Zamboanga City Water District (ZCWD) recently inked the first performance-based non-revenue water reduction project in the country that targets to bring more water to the City of Zamboanga by lowering its network loss.

“This initiative is a strategic step towards ensuring the continued viability of Zamboanga City as an economic and cultural center of Mindanao. I appreciate the city’s leadership for pursuing this public-private undertaking — one of the first, if not the first, for non-revenue water reduction in the country,” said Manila Water Chairman Fernando Zobel de Ayala.

Under the agreement, Manila Water shall own 70 percent of the joint venture company while ZCWD shall own 30 percent.

In the project contract signing event held last Friday in Zamboanga City, Zamboanga City Mayor Ma. Isabelle Climaco expressed her gratitude towards Manila Water. “Today, we are happy that Manila Water is here. In behalf of the local government of the City of Zamboanga, I say thank you. This really means a lot in helping us build back a better city.” 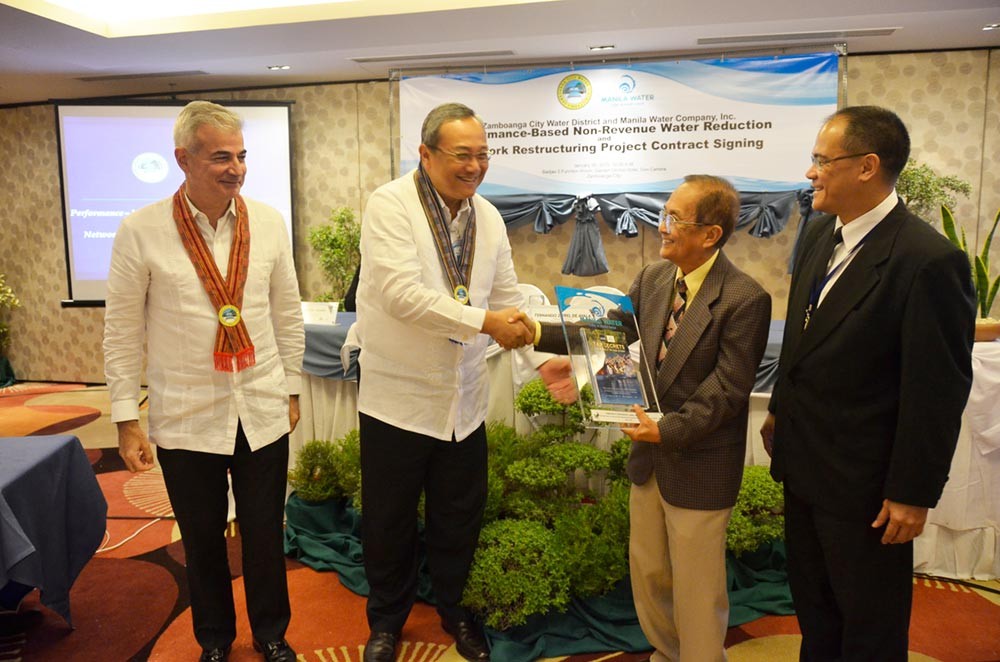 “We hope the coming of Manila Water with its track record and expertise will ultimately reduce our NRW. The best legacy Manila Water can give to the water district is the transfer of knowledge to our staff. Through this project, the ZCWD will be able to expand its services to provide affordable and potable water to the 40 percent water-less barangays in the city,” ZCWD Board Chairman Efren F. Araňez added.

Within the first five years of the 10-year joint agreement, a network restructuring program that will involve the formation of 33 District Metering areas will be implemented. Also, an active leakage reduction program that will focus on extensive leakage detection and system repairs will be performed.

This P300 million agreement sees the decrease in non-revenue water or system loss rate from 48 to 25 percent, equivalent to 28 million liters per day, by the first five years of the contract. Continuous implementation of Manila Water’s non-revenue water practice is expected to further decrease this rate in the succeeding years.

This project is the company’s pioneering public partnership program on system loss reduction with a top water district in the country.