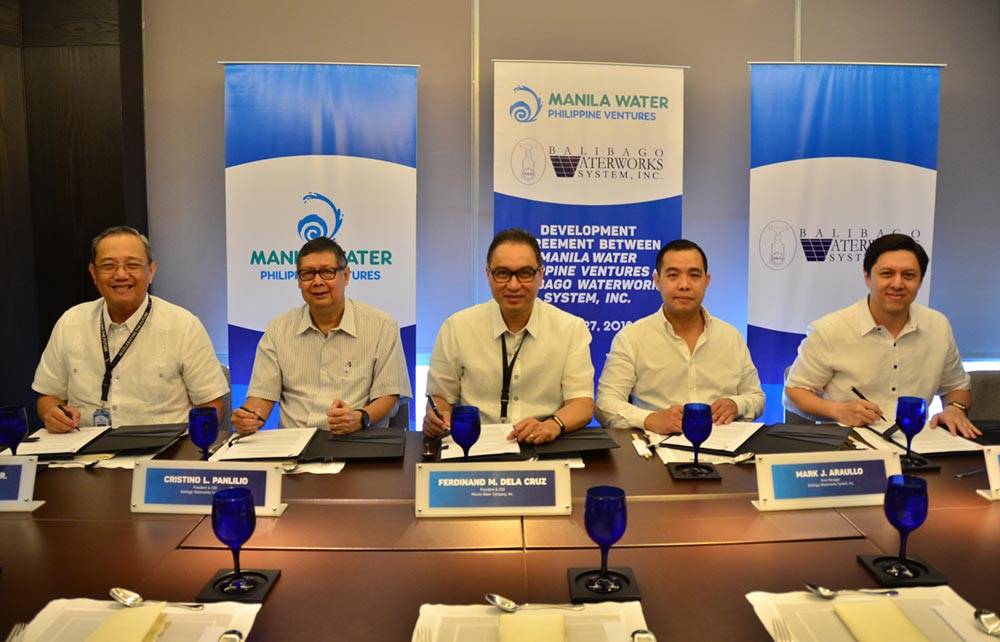 Manila Water Philippine Ventures (MWPV) inked a joint development agreement with Balibago Waterworks System, Inc. (BWSI) for the implementation of bulk water supply and sanitation projects in the franchise areas of the latter in the Province of Pampanga.

In the agreement, MWPV will lead the development, designing and financing of the bulk water and the septage master plan projects, while BWSI will liaison with local government units and stakeholders, and determine volumes and locations of project opportunities.

Confirmed by BWSI, three of its franchise areas namely Angeles City, the municipalities of Porac, and Sta. Rita will be the first off-takers of this joint development. BWSI currently serves more than 180,000 households throughout its franchise areas within Pampanga and other Luzon provinces.