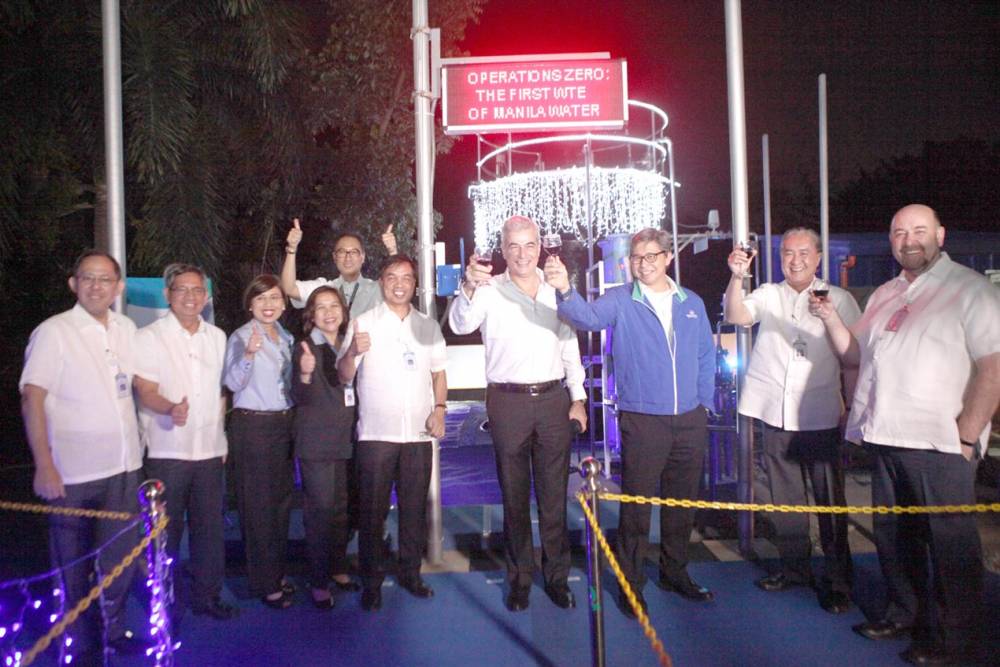 The pilot is considered as the first ever WTE project undertaken by Manila Water and the first WTE facility in the country that utilizes septage, or waste materials removed from septic tanks, as a feed source. Septage sludge collected in the South SpTP, as byproduct of treating used water at the plant, is converted to biogas through the anaerobic digestion process and the biogas produced is then converted to electricity.

Manila Water Corporate Operations Group Director Geodino V. Carpio shared that the project is a demonstration of the company’s “Operations Zero” agenda, an aspiration denoting zero-cost operations. “We are always excited when we find ways to reduce expense in terms of power consumption and volume of biosolids that we need to haul to the province,” Carpio said.

“Coming up with this project took a number of years of research, testing and feasibility calculations. On full scale, after this pilot, this facility will produce surplus power greater than what this plant requires to operate. Various models are now being evaluated on how we can scale up and commercialize this system,” Carpio added.

The pilot WTE project is a concrete testament to Manila Water’s commitment to integrate innovation in its operations as a way to promote efficiency and to continuously elevate the company as a world-class water and used water services provider.

Once the WTE system operates full-scale, it can fulfill more than 100% of the power requirements of the South Septage Treatment Plant, reducing greenhouse gas (GHG) emissions of the facility by 267 tons of carbon dioxide (CO2) in a year and translating to up to Php 17M annual savings for the Company on power expenses.