To help provide potable water to families affected by Typhoon Odette which devastated Visayas, parts of Mindanao and Palawan recently, Manila Water readily deployed two (2) mobile treatment plants (MTP) complemented by several water tankers to Cebu and Bohol. One MTP was sent to Liloan, Cebu and the other will be brought to Inabanga, Bohol. The MTP’s are expected to augment the much-needed supply of clean water to the typhoon-stricken communities. The water tankers will help bring water from the MTP’s to various barangays and nearby towns. 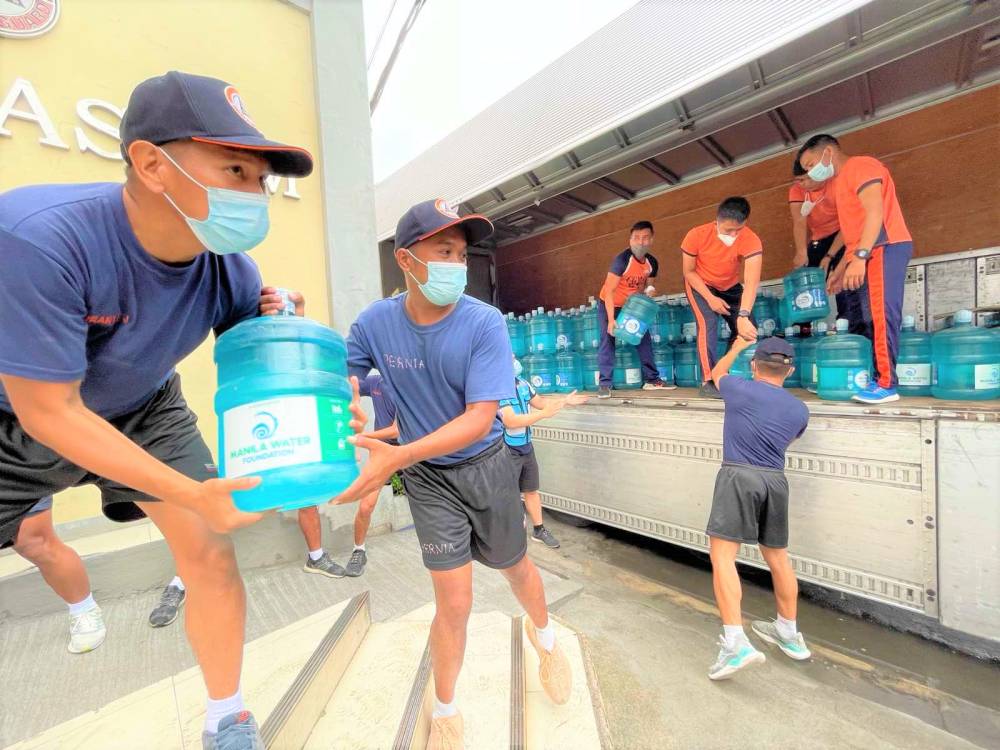 Responding to the urgent needs of communities greatly affected by Typhoon Odette, Manila Water Foundation and its partners immediately turned over much-needed drinking water and hygiene products for deployment to displaced families in Cebu. In coordination with the Philippine Coast Guard, Manila Water Foundation sent 500 units of 5-gallon Healthy & Pure drinking water and 75 cases of hygiene products donated by P&G Safeguard Philippines. This is the first of its series of deployments for those affected by the calamity.

In recognition of its commitment to excellence, Manila Water was recently awarded as Client of the Year by FIDIC, or the International Federation of Consulting Engineers, in its 2021 Contract Users’ Awards. In the announcement posted on its website, FIDIC cited that “(t)he judges were impressed that the project highlighted a number of wider benefits such as capacity building and that the client had demonstrated its commitment to a wider use of FIDIC contracts in future, including the newer versions.” This is the first time that the Client of the Year category was included in the three-year old FIDIC Contract Users’ Awards.

In light of severe weather-related calamities of recent years, Manila Water reiterates its undertaking towards integrating environmental protection and sustainability in its operations and services. The company’s sustainability team recognizes that “climate change has significantly altered every aspect of the water space – a reality that nations continue to address along with challenges concerning increasing population and density in highly urbanized areas.