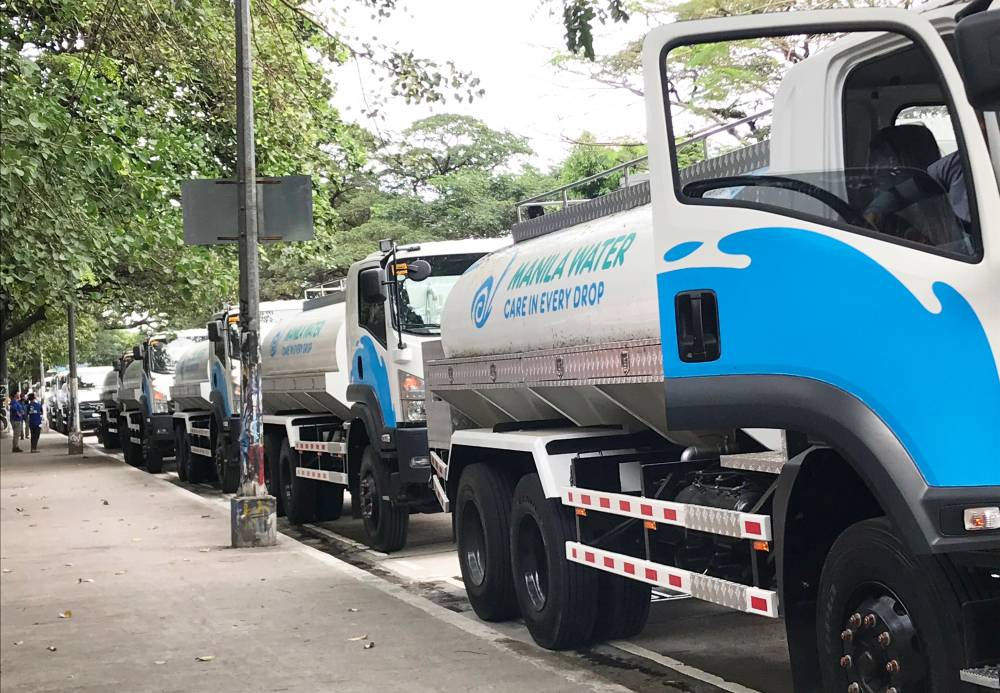 Manila Water has made available thirty (30) water tankers to provide for the needs of evacuees affected by the eruption of Taal Volcano, in various sites in Southern Luzon.

Through the efforts of its subsidiary, Laguna Water, these tankers will be deployed initially to three towns in the Province of Batangas. Four tankers will be sent to the following sites in Tanauan City: Poblacion Balele West Covered Court, Poblacion Gloria, and Tanauan City Gym 2; two to be deployed to PUP Gymnasium in Sto. Tomas; and six tankers will be stationed at the Bolbok Provincial Sports Complex in Batangas City. Request for tankers have also been received for San Luis Municipal Hall and Taal Municipal Hall in Batangas as well as in Alfonso town in Cavite.

The other water tankers will be on stand by for deployment to other evacuation sites as requested by local government units.

Deployed water tankers will be refilled by Laguna Water and their personnel will also lend assistance with the tankering activities.