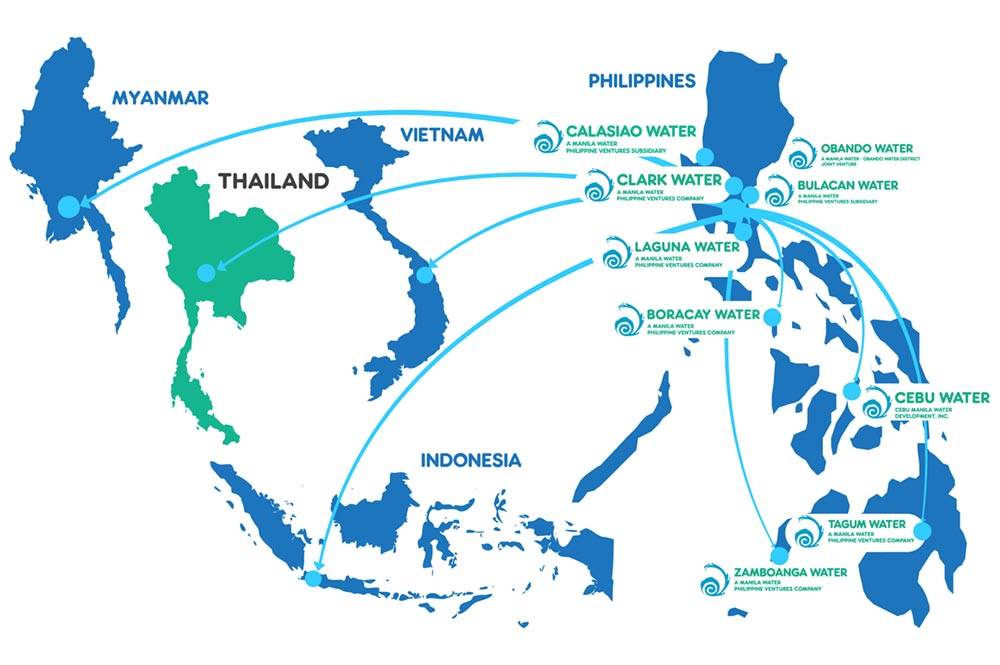 Manila Water continues to make its presence felt in the ASEAN region after it signed a Share Purchase Agreement to acquire an 18.72% stake in Eastern Water Resources Development and Management Public Company Limited (“East Water”), a publicly-listed water supply and distribution company in Thailand.  This is Manila Water’s first point of entry into Thailand as part of the company’s ongoing expansion in Southeast Asia.

“Manila Water marks another milestone in its regional growth, as it establishes its presence in Thailand through East Water.  We recognize the opportunities this new market presents for us, and we are eager to share the technical expertise and service quality which Manila Water has developed over the last 20 years.  From the conglomerate perspective, Ayala sees this development as a strategic entry point into Thailand.  With Manila Water leading the way, we hope to leverage our various capabilities to enlarge our footprint in the country,” said Ayala Corporation President and COO, and Manila Water Board Chairman, Fernando Zobel de Ayala.

Virgilio C. Rivera, Jr., President of Manila Water Asia Pacific, added, “The EEC is aimed to be a hub for technological manufacturing and services, with strong connectivity to its ASEAN neighbors by land, sea, and air. The Thailand government expects investments of over USD43 billion for the realization of the EEC over the next several years.”

The acquisition is subject to the fulfillment of certain conditions precedent. Meanwhile, Manila Water will finance the acquisition through a combination of internally generated funds and bank debt.

Manila Water’s entry in Thailand comes after its foray into bulk water and concession projects in Vietnam, where it is now the largest direct foreign investor in Vietnam’s water sector supplying half of the bulk water requirements of Ho Chi Minh City.  It has also completed pilot projects in Bandung, Indonesia for a non-revenue water reduction program and in Yangon, Myanmar for leakage reduction.