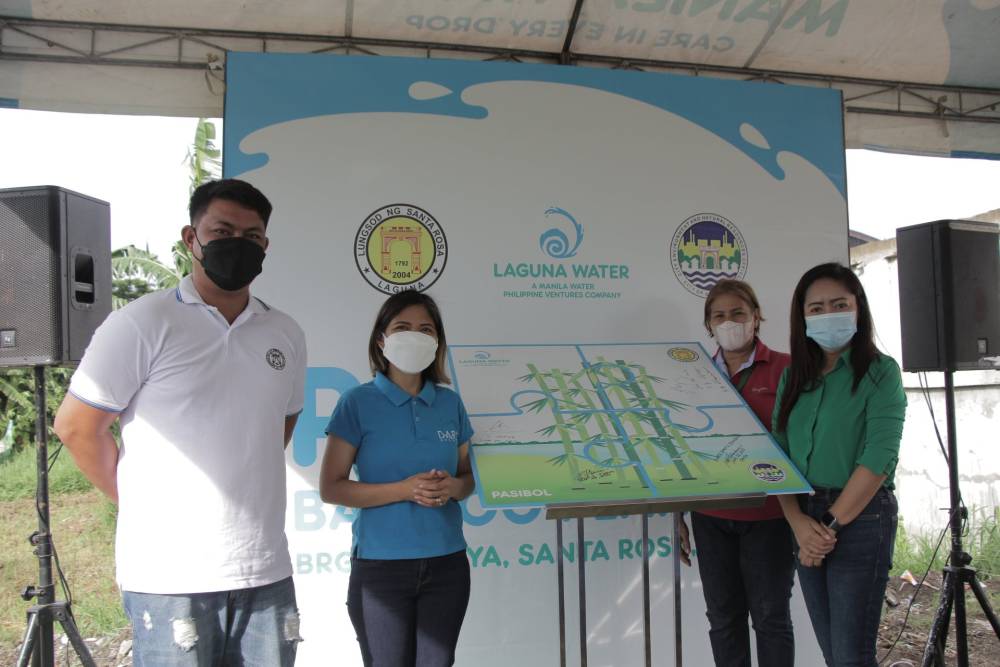 Laguna Water answers the call of the local government of Santa Rosa City to plant bamboo for the continuous protection of Laguna Lake.

The Company adopted a portion of the 13-hectare coastal land in Brgy. Aplaya, Santa Rosa City, Laguna that the local government dedicated as a bamboo planting site. To kick-start the lifetime commitment, employee-volunteers of Laguna Water initially planted 120 propagules on June 28, 2022. 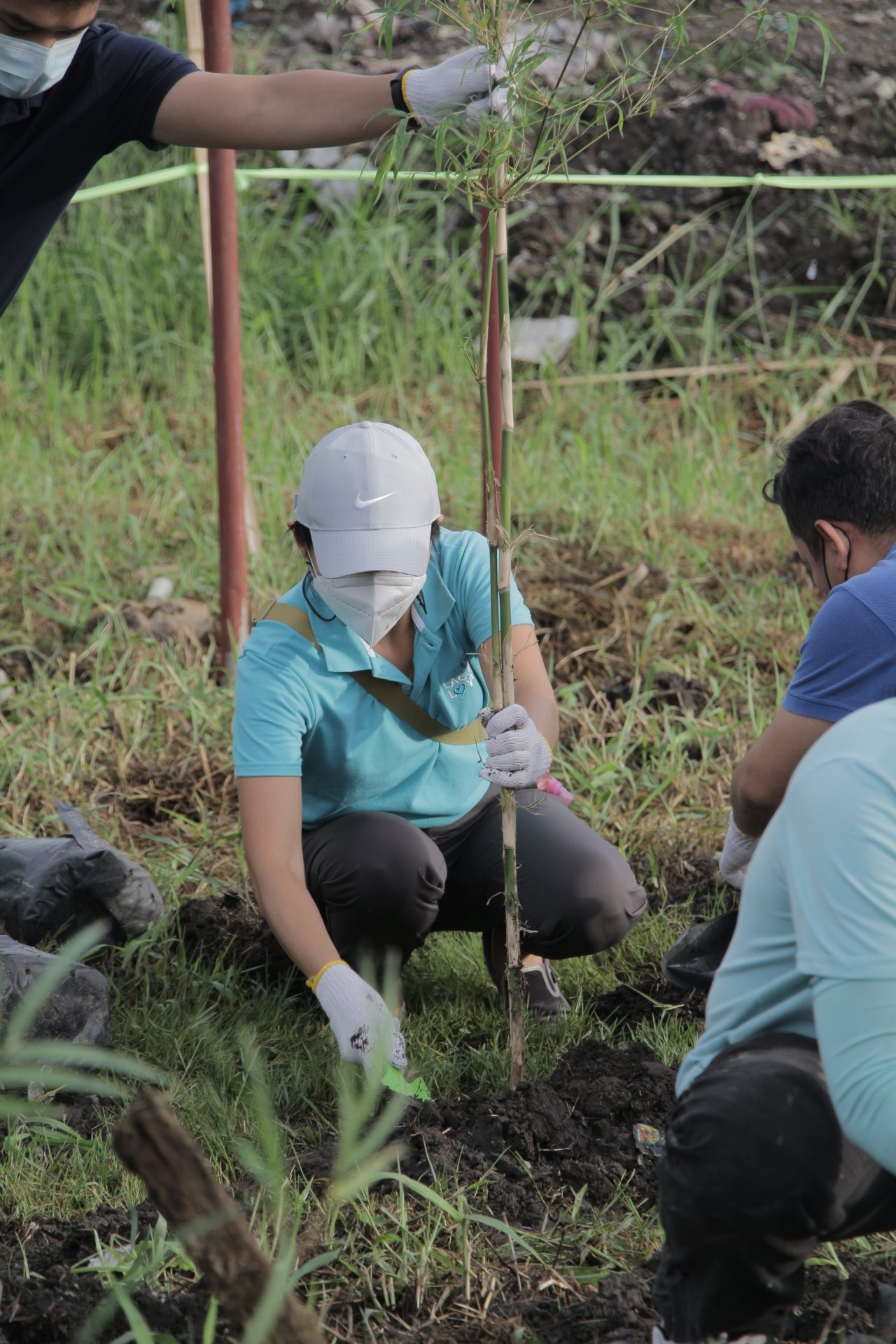 Laguna Water’s Pasibol program encourages employees of the company to volunteer in taking care of the environment.

According to Engr. Maria Amor Salandanan, EnP., Head of the Santa Rosa City Environment and Natural Resources Office, planting bamboos in coastal areas proves beneficial.
“After a series of trials, we decided to plant fish pole bamboos in this area since these were found to be the most suitable by showing the highest survival rate. At the same time, bamboos also protect the lake since these prevent soil erosion and siltation while sequestering carbon in this part of the city. They are highly sustainable, and we also saw bamboos' potential in helping the livelihood of the local cooperative here in the area,” Engr. Salandanan mentioned.
On the other hand, General Manager Shoebe Hazel Caong of Laguna Water reiterates the significance of this activity to Laguna Water. 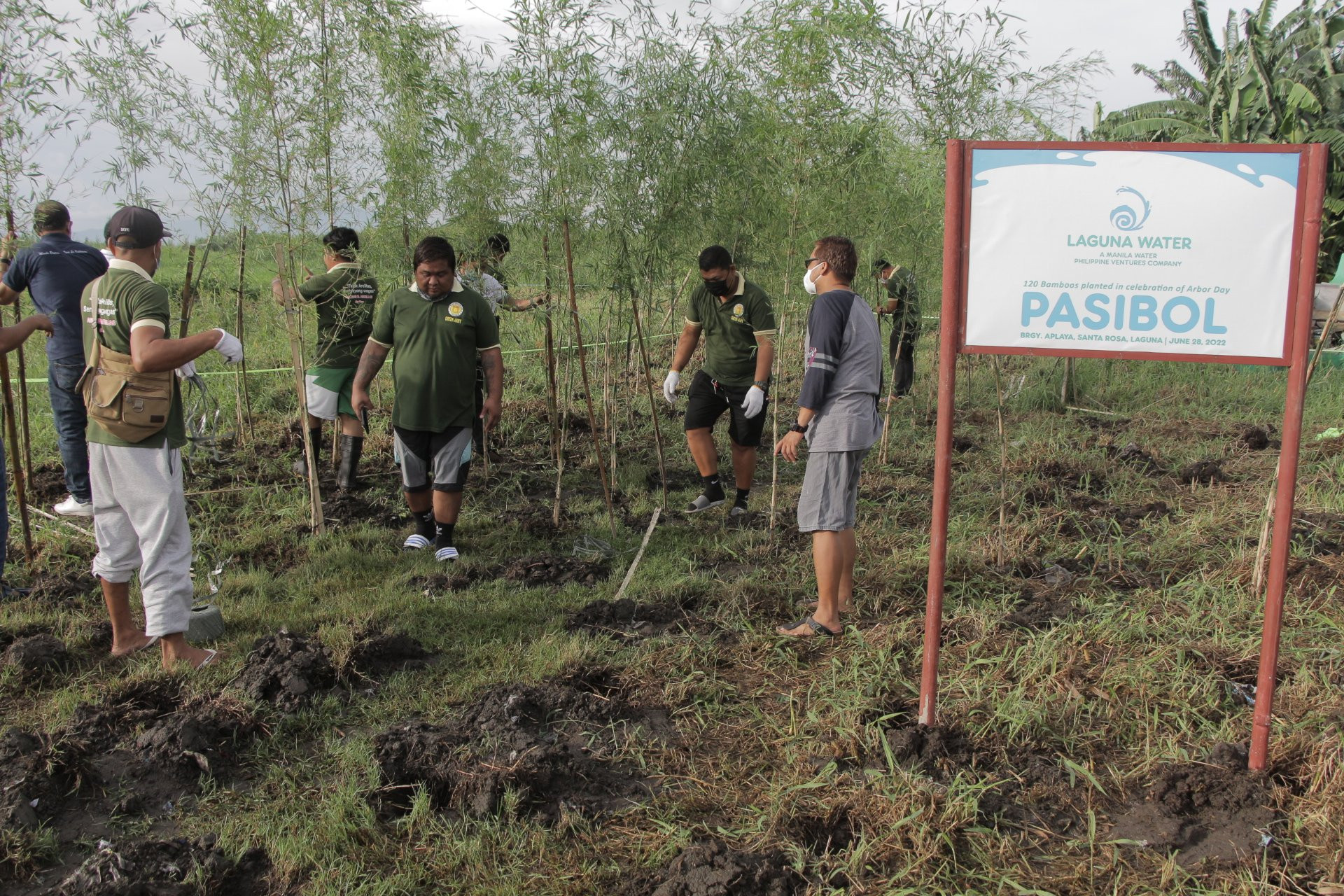 Santa Rosa City’s Green Army assists companies like Laguna Water in their planting activity. They are also in charge of nurturing the bamboos to ensure their survival.

“Laguna Water is the leading water and wastewater services provider in Laguna. With that, it is necessary for us to be at the forefront of environmental protection. We are proud and thankful to be part of this initiative since we see this as a concrete step towards the continuous realization of our long-term commitment to provide safe and reliable services to the Province of Laguna,” General Manager Caong stated.

Laguna Water’s participation was under Pasibol, the re-greening program of the Company through which over 4,000 trees and bamboos were planted to date. This year’s bamboo planting with Santa Rosa LGU also marks the Company’s participation in the simultaneous planting activity of the Manila Water Enterprise to celebrate the Philippine Arbor Day and Environment Month. 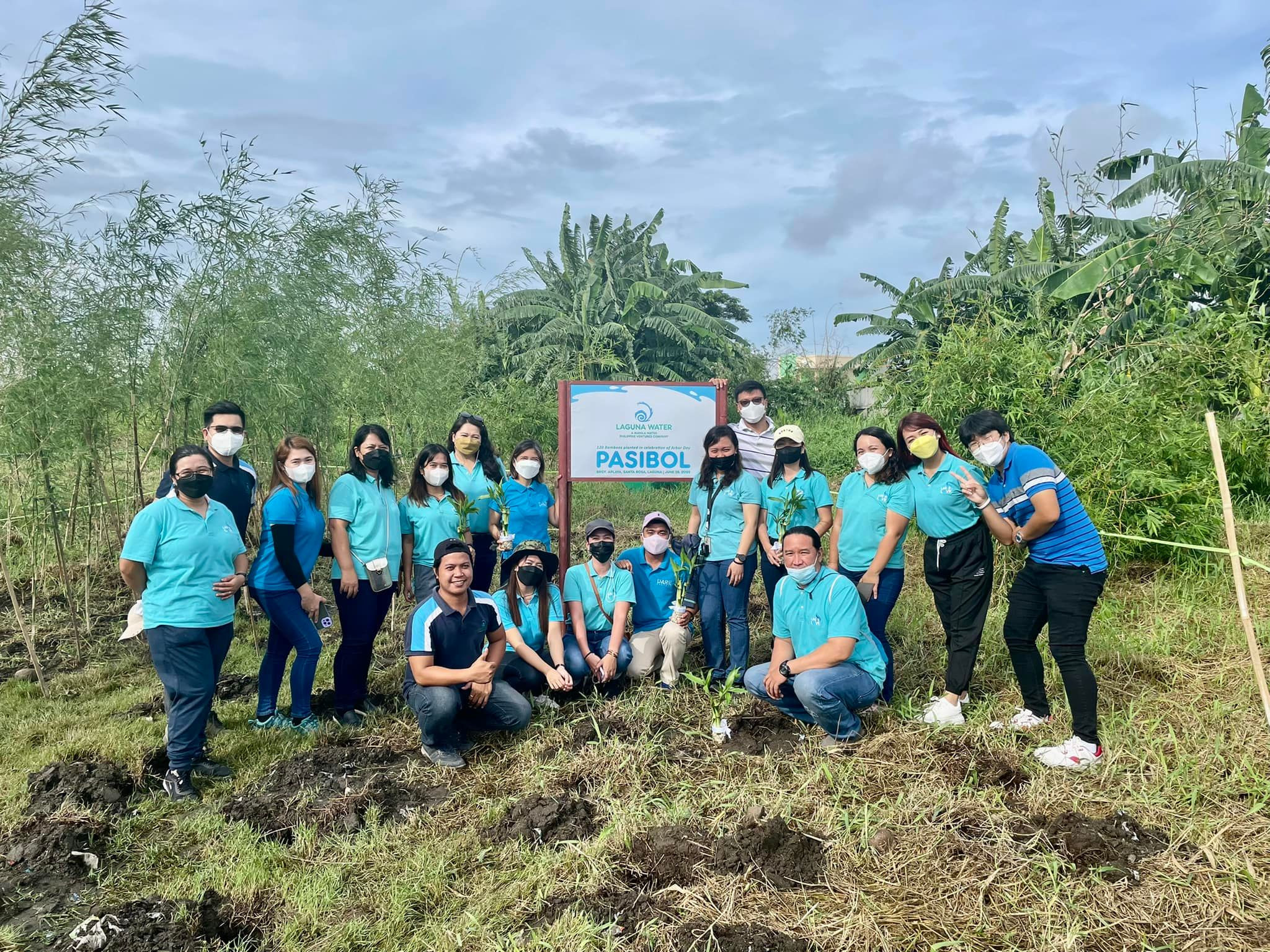 Laguna Water adopted a portion of the 13-hectare land dedicated by the City Government of Santa Rosa as a bamboo planting site. Fish pole bamboos were planted in the area to prevent siltation and soil erosion in Laguna Lake.

Supporting the program is Laguna Governor Ramil L. Hernandez, who shared a message through Forester Erick Flores, Forest and Water Resources Management Division Head of the Laguna Provincial Environment and Resources Office. He conveyed that “protecting the environment will not be possible without the cooperation of everyone. It is important to verbalize our plans toward our goal, no matter how small or simple. These actions will help us in ensuring a better future for the generations to come.” (Translated)

Laguna Water is one of Manila Water’s largest operating units in Southern Luzon providing water and wastewater services to over 634,000 individuals in the cities of Santa Rosa, Cabuyao, Biñan, and the municipalities of Pagsanjan and Pakil with presence in key developments and subdivisions in the province of Laguna.