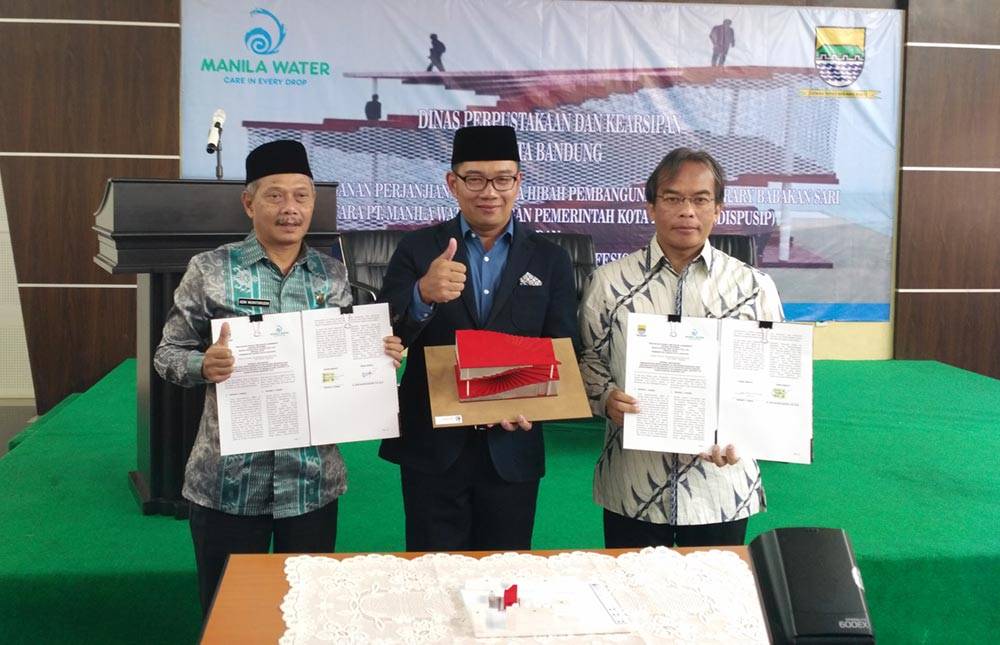 Manila Water Asia Pacific, the wholly-owned subsidiary of Manila Water Company, Inc. recently signed an agreement to fund the construction and development of a micro-library in Bandung City, Indonesia, in support of the latter’s literacy program.

The two-story micro-library is expected to be completed in 2018 and will have a total floor area of 144 square meters capable of accommodating up to 10,000 books for use of the residents of Babakan Sari Village located in Kiaracondong sub-district in the capital of Indonesia's West Java province.  Management of the said facility is set to be turned over to the community with the supervision of the city’s Library and Filing Service soon after its completion.

According to Bandung City Mayor Mochamad Ridwan Kamil, the development of the micro-library is in line with the city government’s efforts to improve literacy index.  In a report released by Central Connecticut State University, Indonesia ranks as the country with the second lowest literacy rate among 61 countries. Kamil shared that the city envisions to heighten the interest in reading by providing at least one library facility per community.

Manila Water Asia Pacific entered into a partnership with the City of Bandung in 2015 through a memorandum of understanding with PDAM Tirtawening Kota Bandung, a water utility company owned by the city government, for a pilot project that will reduce the system losses of the city.

Currently, Manila Water Asia Pacific’s initiatives include the provision of 35% of the bulk water requirements in Ho Chi Minh City in Vietnam and a pilot demonstration project also on leakage reduction in Yangon, Myanmar.