More than 500 Aeta residents of Sitio Monicayo in Barangay Calumpang, Mabalacat were given access to clean and potable water through the partnership of Clark Water Corporation, Manila Water Foundation, Clark Development Corporation (CDC), and the National Commission on Indigenous Peoples.

Through Ahon Pinoy, one of Manila Water Foundation’s flagship programs under water supply and sanitation, the residents of Sitio Monicayo, were entrusted to take charge of the operation and maintenance of the P3.5M deepwell facility. If proven viable, the community can also convert the facility into a source of livelihood which is expected to further uplift their quality of life.

The Sitio Monicayo Ahon Pinoy Project consists of two phases: Phase 1 is the construction of the deepwell facility which was inaugurated last April 22 and graced by CDC President, Atty. Arthur Tugade, Manila Water Foundation President Ferdinand Dela Cruz, Clark Water General Manager Maidy Lynne Quinto and Lanêm Hên Aeta Monicayo Water Group President Angel Sison. Phase 2 is set to start the following month with a technical and financial training for the Water Group to be led by employees of Clark Water. This vital phase of the Ahon Pinoy program will guarantee the success and sustainability of the project. 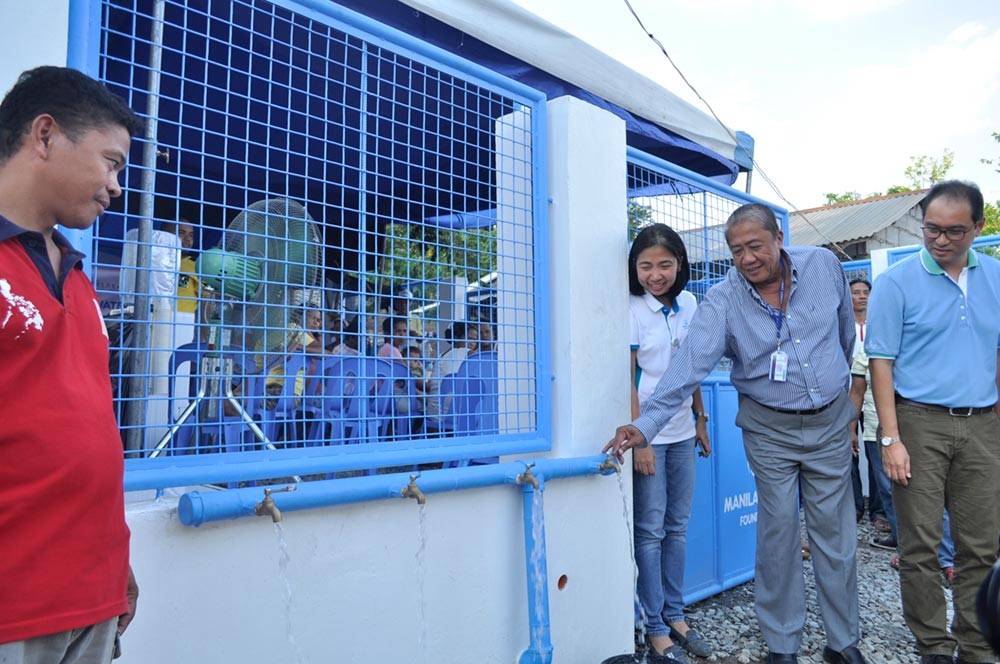 In his speech, Angel Sison recalled the hardships that they encountered just to be able to fetch water from a distant spring. With gratitude, he promised that the community will take good care of the facility, for their families’ and the community’s future generations. The community has also organized themselves and formed the Lanêm Hên Aeta Monicayo (Tubig ng Aeta Monicayo) Water Group to lead the responsibility of overseeing and maintaining the facility.

The Sitio Monicayo Ahon Pinoy Project is the first of its kind in the whole of North Luzon.