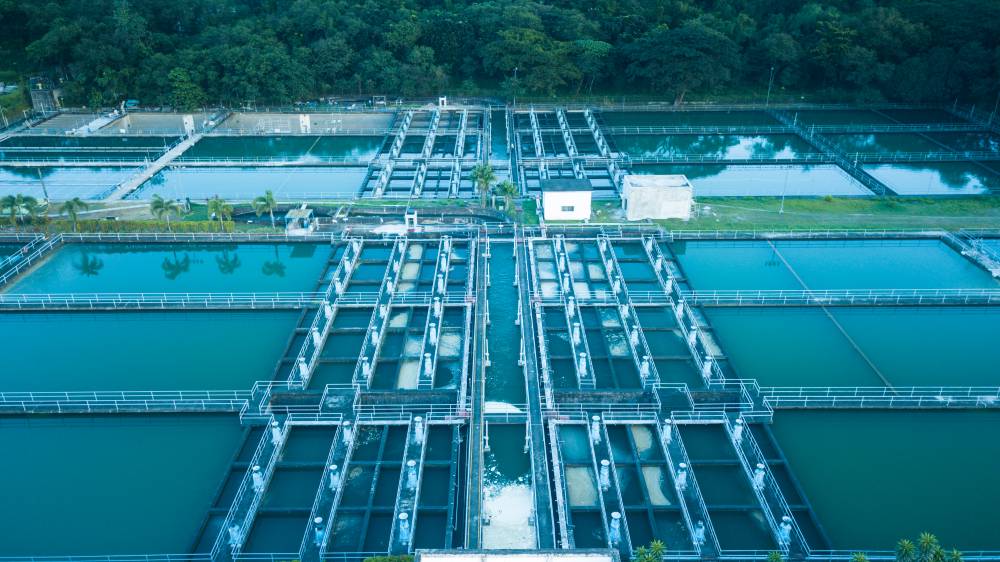 Manila Water earnings decreased 11 percent from last year to stand at ₱4.4 billion as of the 3rd quarter, with performance still dampened by the impact of the water supply shortage in its Manila Concession early this year. Despite these challenges, continued efforts towards operating efficiency in the East Zone and the increased contribution of the domestic subsidiaries have made the business more resilient. As a result, core net income stood at ₱5.8 billion for the period – an improvement of over 10 percent from last year.

Consolidated revenues grew 10 percent to ₱16.1 billion, driven largely by the higher contribution of the domestic businesses outside the East Zone. This growth was realized despite the downward impact of the one-time Bill Waiver Program implemented in the Manila Concession during the water supply shortage early this year.

Consolidated costs and expenses increased 18 percent from the previous year to ₱7.0 billion, still primarily driven by the penalty imposed by MWSS and the additional service recovery and operations augmentation costs in relation to the water supply shortage. Excluding these one-off costs, the increase in consolidated costs expenses would be 6 percent to stand at ₱5.8 billion.

For the Manila Concession, performance is still impacted by the water supply shortage early this year. Billed volume declined by 2 percent and average consumption by 4 percent for the period, a direct result of the lack of available raw water supply for distribution. This decline, coupled with the one-time Bill Waiver Program, impacted topline trajectory but core growth remained resilient. Revenues grew 3 percent for the period to ₱12.5 billion. For costs in expenses, the main contributors were direct costs, comprised of additional repairs and maintenance costs due to increased valving activities, increased overhead costs, as well as higher water treatment chemicals with the new water treatment facilities. Excluding one-offs brought about by the water supply shortage, direct costs were almost flat for the period in line with billed volume trajectory, increasing only 1 percent from last year to ₱1.5 billion. With these, net income for the Manila Concession stood at ₱4 billion as of the third quarter of the year, a decline of 17 percent. Isolating the effect of one-offs driven primarily by the water supply shortage, core net income improved by 2 percent to ₱5.3 billion.

Manila Water continues to improve and stabilize operations to provide reliable service for its customers. Focusing on the Company’s water supply augmentation projects, the Cardona Plant currently produces over 84 million liters per day (MLD) as of September 2019. The recommissioning and development of new deep wells continues, with a total capacity of 58 MLD during the period. These initiatives, along with a more deliberate and proactive network management/optimization program and maintaining systems losses at single-digit level during the water shortage, has enabled water availability for customers to be kept within regulatory levels. Current NRW is stable at 11.5%, an improvement of more than 0.8 percentage points from last year’s 12.3%. This has been attained even under a still significantly reduced raw water supply allocation.

During the period, the Supreme Court ordered MWSS and its two concessionaires, Manila Water Company, Inc. and Maynilad Water Services, Inc. to jointly and severally pay more than ₱921 million in fines for non-compliance with the Clean Water Act. Manila Water Company affirmed that it will exercise all its legal options in relation to this case, including the filing of a Motion for Reconsideration which it timely submitted to the Supreme Court on October 2, 2019. As concessionaire of MWSS for the East Zone, Manila Water has invested nearly ₱40 billion in capital expenditures for the past 21 years and will continue to invest over ₱38 billion more until 2022. These investments are part of the government-approved service improvement plan to further expand sewerage and sanitation services in the East Zone. To date, sewer coverage is more than 15 percent of Manila Water’s water-served population and 22 percent in terms of facility acceptance/capacity, a 700 percent increase from only 3 percent when it took over in 1997.

For domestic operations under Manila Water Philippine Ventures, the strong contribution of businesses resulted to a total net income level of ₱301 million, an increase of 126 percent from the previous year. This growth was led by key subsidiaries Estate Water, Boracay Water and Laguna Water. Estate Water more than doubled its revenues for the period, primarily driven by the growth in supervision fees for new projects, coupled with higher billed volume from the takeover of new estates. As a result, Estate Water more than tripled its net income to reach ₱246 million as of the third quarter of 2019. For Boracay Water, billed volume grew by 14 percent for the period due to the higher number of tourist arrivals with the reopening of the island. As a result, net income posted significant growth of 137 percent to ₱73 million. Laguna Water saw revenues grow by 21 percent from last year due to improved average tariff. As costs and expenses were effectively managed, Laguna Water net income increased 85 percent to ₱290 million for the period. For Clark Water, billed volume only grew slightly from last year, increasing by 2% mainly supported by the consumption of existing accounts. Clark Water’s capital expenditure and expansion activities are confined to repairs and maintenance activities as it awaits the regulatory decision on its Rate Rebasing adjustment. With this slowdown, Clark Water’s net income stood at ₱40 million for the period, a decline of 37% from last year.

International operations under Manila Water Asia Pacific increased 8 percent in equity share in net income of associates to ₱552 million for the period, largely due to the contribution of East Water in Thailand. Cost and expenses decreased by 37 percent for the period to ₱90 million, on the back of lower personnel and management and professional costs. Subsidiary operations in Vietnam posted lower income contribution for the period due to higher regulatory and operating costs, even as billed volume remained relatively stable.